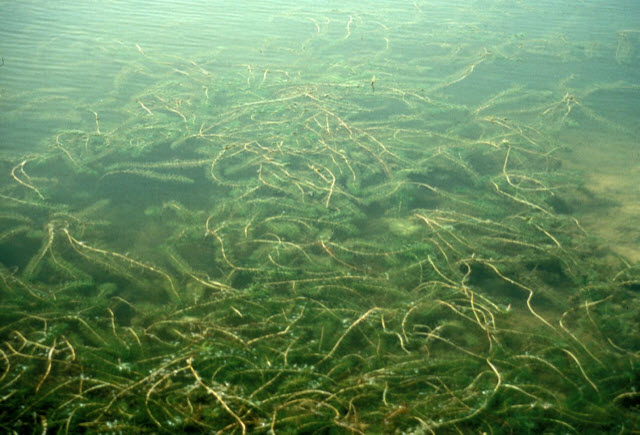 For many years Lake Leelanau has been among the most pristine inland lakes in America. However, increased property development, record tourism, and substantially greater boat traffic have brought new challenges. With 11 public boat launch sites and only one boat cleaning station (installed in 2021), Lake Leelanau is especially vulnerable to invasive species. The Lake Leelanau community is faced with an unprecedented challenge which requires a fresh perspective and bold action.

The unprecedented challenge is Eurasian watermilfoil (EWM), the single most invasive aquatic weed in North America.

EWM was introduced into the U.S. in the 1940's, probably as an aquarium plant. It has subsequently spread throughout the U.S. and Canada and was first discovered in South Lake Leelanau in 2019. This aquatic weed already presents an enormous challenge to many Michigan lakes and, indeed, in some lakes, the problem has spun out of control.

Why is EWM a Grave Threat?

EWM is extremely aggressive. It grows rapidly. The plant easily survives freezing winter temperatures and returns each spring. EWM grows in streams as well as lakes. Although it will grow in colder deeper water, it prefers depths of 3 to 15 feet.

EWM forms dense mats on the surface of lakes and streams, making swimming unpleasant and boating difficult, if not impossible. EWM crowds out native plants, decreases oxygen levels and, over time, reduces fish habitats and populations. If not managed properly, EWM can upset the entire biotic community in a lake, while at the same time greatly interfering with all water-related recreational activities.

Compounding the problem, EWM is fragile and breaks easily. Each plant fragment can float away, root and start a new plant. Were this not alarming enough, left undisturbed, EWM will flower and set seeds. These seeds, which are hardy for up to seven years, can be carried by birds, fish and currents throughout a body of water.

Once introduced, EWM is believed to be impossible to eradicate. The weed can only be controlled through a coordinated program which includes (i) education and prevention; (ii) regular monitoring using drones and other sophisticated scanning technologies; and (iii) aggressively removing weed beds as they are identified.

Why Should You Care?

If investments are not made now to keep EWM under control in Lake Leelanau, the problem and the costs of dealing with it will rapidly and substantially increase.

We have a narrow window of opportunity to act before seed beds develop and before EWM has spread to all parts of the Lake.

What Happens if EWM is Unchecked? Houghton Lake: A Case Study

Houghton Lake, south of Grayling, Michigan, is three times larger—and somewhat shallower—than Lake Leelanau. EWM was first identified as a problem in the lake 20 years ago. The residents, perhaps unfamiliar with the consequences of inaction, did little to address the threat.

Within ten years, EWM had covered approximately 10,000 acres, or roughly half of the surface of lake. Its tendrils snarled boat propellers and the dead vegetation washed ashore, accumulating on beaches in smelly piles up to two feet high. To enable swimming and boating, some homeowners paid private contractors thousands of dollars to haul the debris away.

Houghton Lake's budget for aquatic weed control in the current fiscal year is just under $700,000. These funds are raised through assessments on waterfront properties, and are used primarily to pay contractors to treat large areas of the lake with weed control chemicals.

The Plan for Controlling EWM in Lake Leelanau

In mid-2019, the Lake Leelanau Lake Association's (LLLA) Lake Biologist, Brian Price, documented the location of EWM in Lake Leelanau and, before the summer was over, had identified 21 infested sites, all in South Lake Leelanau. Within months LLLA engaged an independent engineering consulting firm, Restorative Lake Sciences, to conduct a thorough survey of the entire Lake to assess the size of these infestations and to identify any new ones.

In the following months, LLLA entered into a partnership with the Grand Traverse Band of Ottawa and Chippewa Indians to address the threat presented by EWM. Tribal biologists and LLLA’s biologist reviewed the experience of other lakes and interviewed researchers across the country. They devised an integrated remediation plan. The strategy relies primarily on using large benthic barriers—essentially large biodegradable tarps—which, when anchored over EWM beds, kill the weeds by depriving them of sunlight. Unable to photosynthesize, the weeds die within weeks. Complementing this strategy, in other areas where small and isolated EWM beds are found, LLLA engaged trained scuba divers who pull these plants by hand. Chemical herbicides are not being used.

Beginning in May 2020 and continuing into 2021, barriers have been used to cover more than 3.5 acres of EWM in Lake Leelanau, roughly one-half of the original estimated area infested by the invasive plants. In addition , more than 40 beds of weeds have been removed by hand by divers and volunteers. LLLA uses both aerial and underwater drones to evaluate its progress. These surveys indicate that the barriers are highly effective in bringing EWM under control.

In 2020 and 2021, LLLA spent a total of approximately $200,000 to remove several acres of this invasive weed. All of these funds came from private sources. In addition, the Grand Traverse Band spent approximately $80,000 in funds from a federal grant the Band was awarded to remediate invasive aquatic weeds in Lake Leelanau. In total, then, approximately $280,000 was spent during 2020 and 2021 to address the EWM problem.

This cost does not reflect the contribution of hundreds of hours of volunteers who assisted in these remediation efforts, nor the other expenses incurred by the Lake Association, such as for water quality testing and Swimmer's Itch research in Lake Leelanau.

LLLA does not have the capacity to continue to raise $150 - $250,000 dollars annually to pay for these ongoing prevention, monitoring and remediation programs. The Band’s three-year grant ends in 2022.

The prevention, monitoring and control of aquatic invasive species in Lake Leelanau will require a substantial investment for years to come.

A long-term funding solution is needed to address this long-term problem before EWM gets out of control in Lake Leelanau.

Recognizing that existing resources are insufficient to address the grave challenges facing Lake Leelanau, Friends of Lake Leelanau has been established to provide a source of recurring revenue to protect and enhance the quality and beauty of Lake Leelanau and its surrounding watershed for current and future generations.

Friends is equally committed to investing in programs which prevent the introduction or re-introduction of invasive species in Lake Leelanau. Much of the ongoing spread of aquatic invasive species to inland waters can be attributed to the movement of small boats between watersheds. The only effective way to reduce aquatic weed infestations in Lake Leelanau is to build and maintain boat cleaning stations at most, if not all, public boat launch sites. 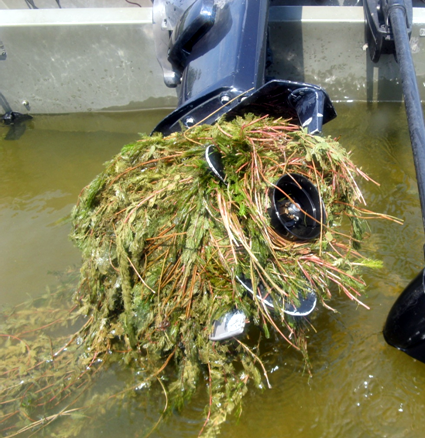 Friends, a public foundation, has initiated a campaign to raise the funds needed to protect Lake Leelanau in perpetuity. The goal of the Campaign is to provide Friends with an endowment of at least $5 million, and ideally between $5 and $8 million. Typically, a foundation with $5 million in assets generates approximately $200,000 in spendable income annually, while still enabling the corpus to continue to grow in the years ahead.

For the foreseeable future, Friends’ highest priority will be to provide a source of recurring funding to prevent, monitor, control and, whenever possible, remove invasive aquatic weeds from Lake Leelanau.

Each year there will be a need to undertake comprehensive surveys of the Lake's vegetation using drones and sonar scanning, in combination with physical inspections, to make sure EWM remains in check and does not migrate to new parts of Lake Leelanau. And as new beds of EWM (or other invasive species) are identified, they will need to be dealt with aggressively to prevent their further spread.

Equally importantly, preventive measures are needed to reduce the likelihood that EWM and other invasive species are reintroduced into the Lake in the future. Prevention activities will include:

• Educational campaigns to raise public awareness about the threat of aquatic weeds;
• Studies aimed at better understanding how many public boat launch sites the Lake community needs; and
• An evaluation of the programs and equipment needed at launch sites to improve compliance with state-mandated boat cleaning regulations.

Income from the Friends of Lake Leelanau endowment will support the Association's work of preventing, monitoring, and controlling aquatic invasive species in Lake Leelanau. As the Foundation's assets grow and as the threats to Lake Leelanau change over time, Friends may identify additional concerns which need to be addressed to preserve and protect Lake Leelanau.

Should you have additional questions about the relationship between Friends of Lake Leelanau and the Lake Leelanau Lake Association, please see “Frequently Asked Questions” in the Links section of this site. 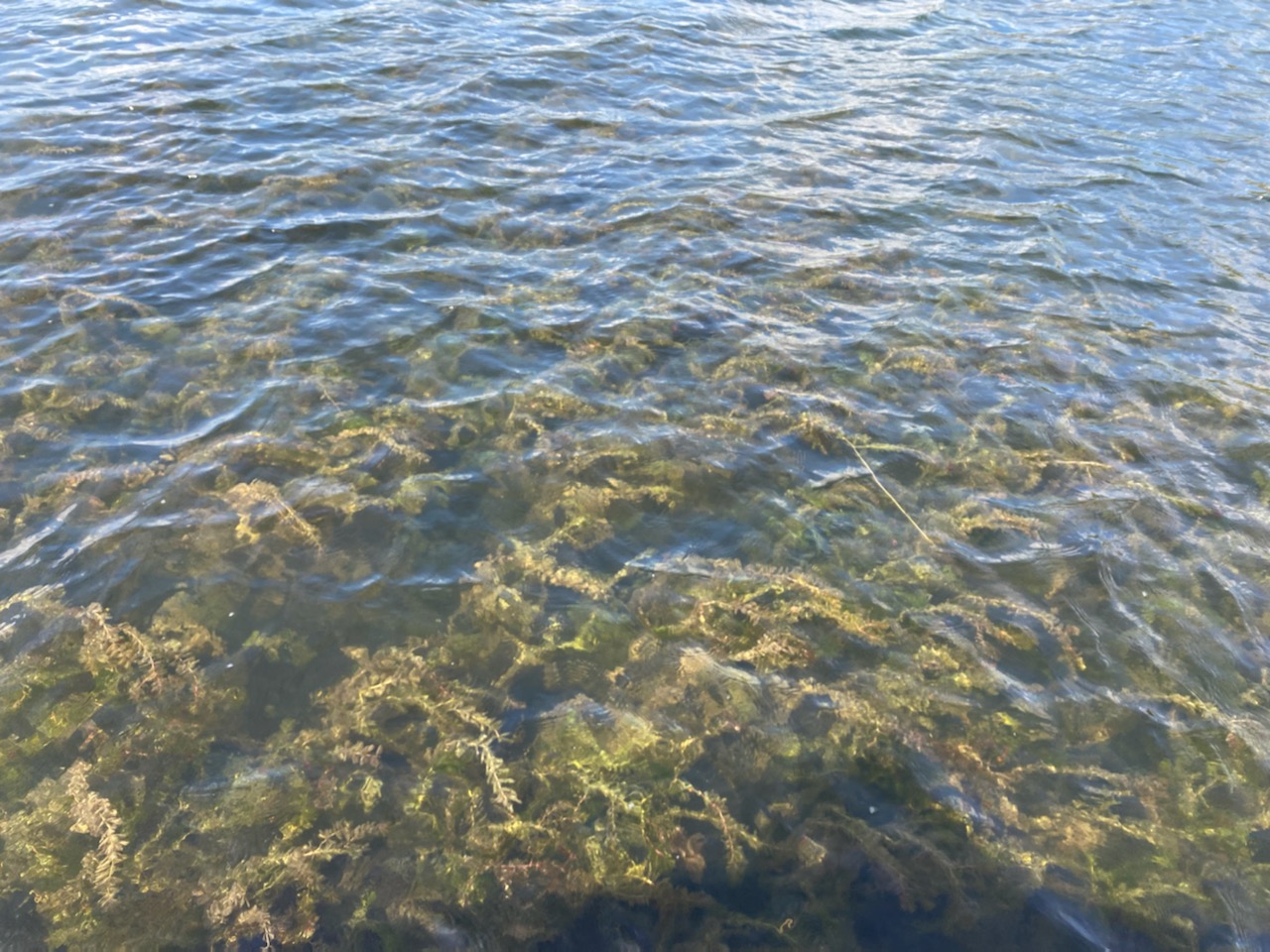 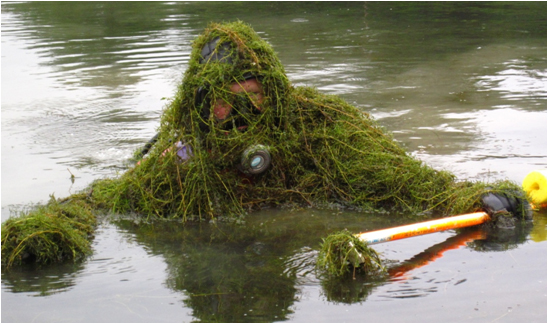 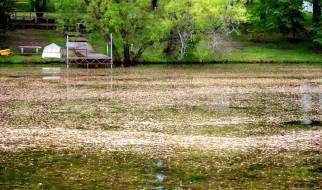 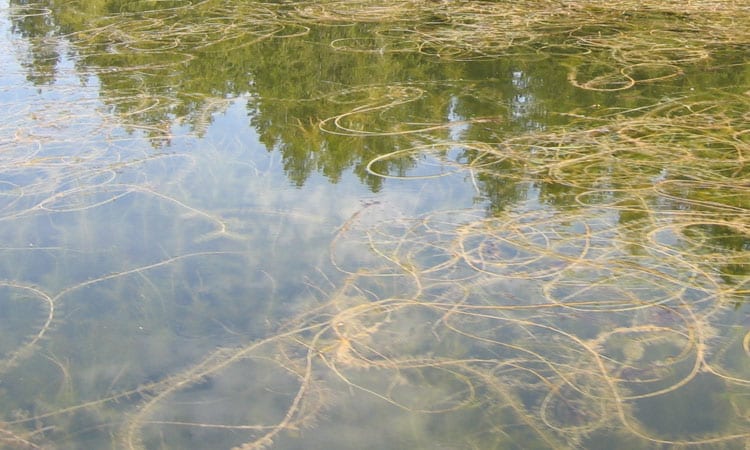 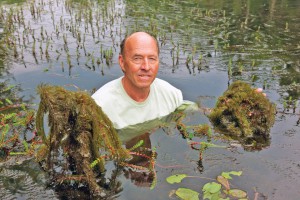 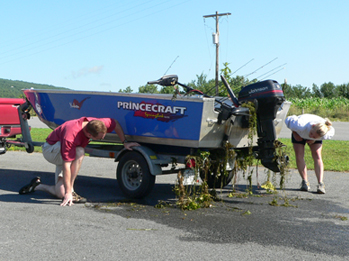 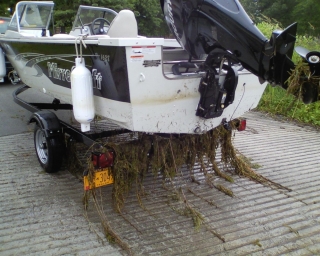 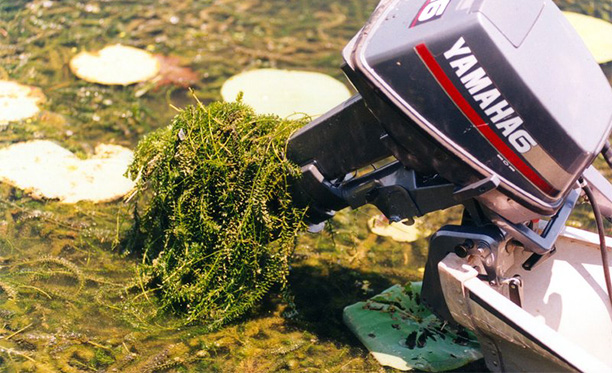 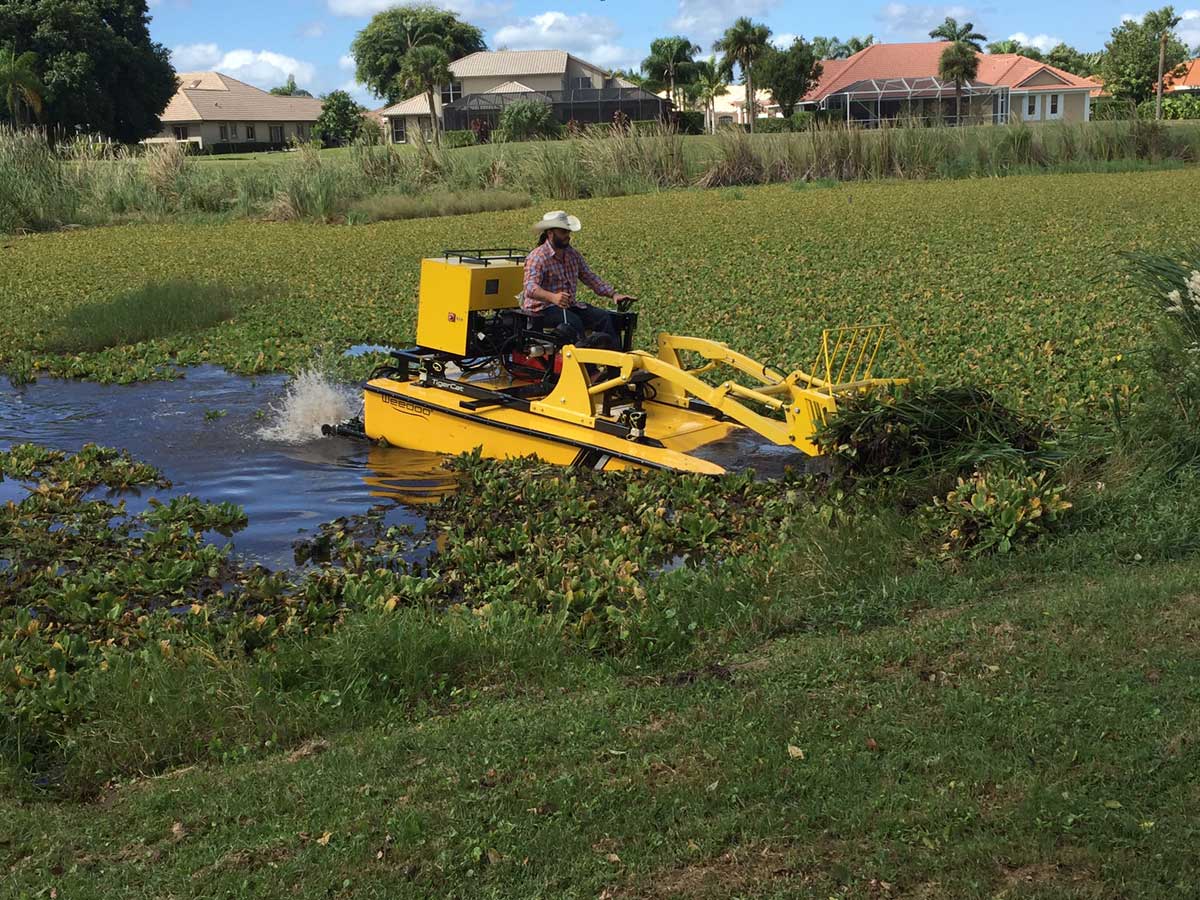 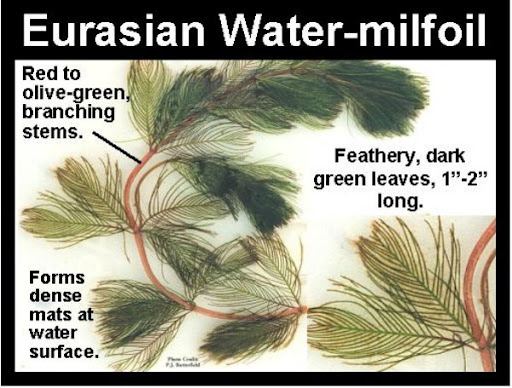 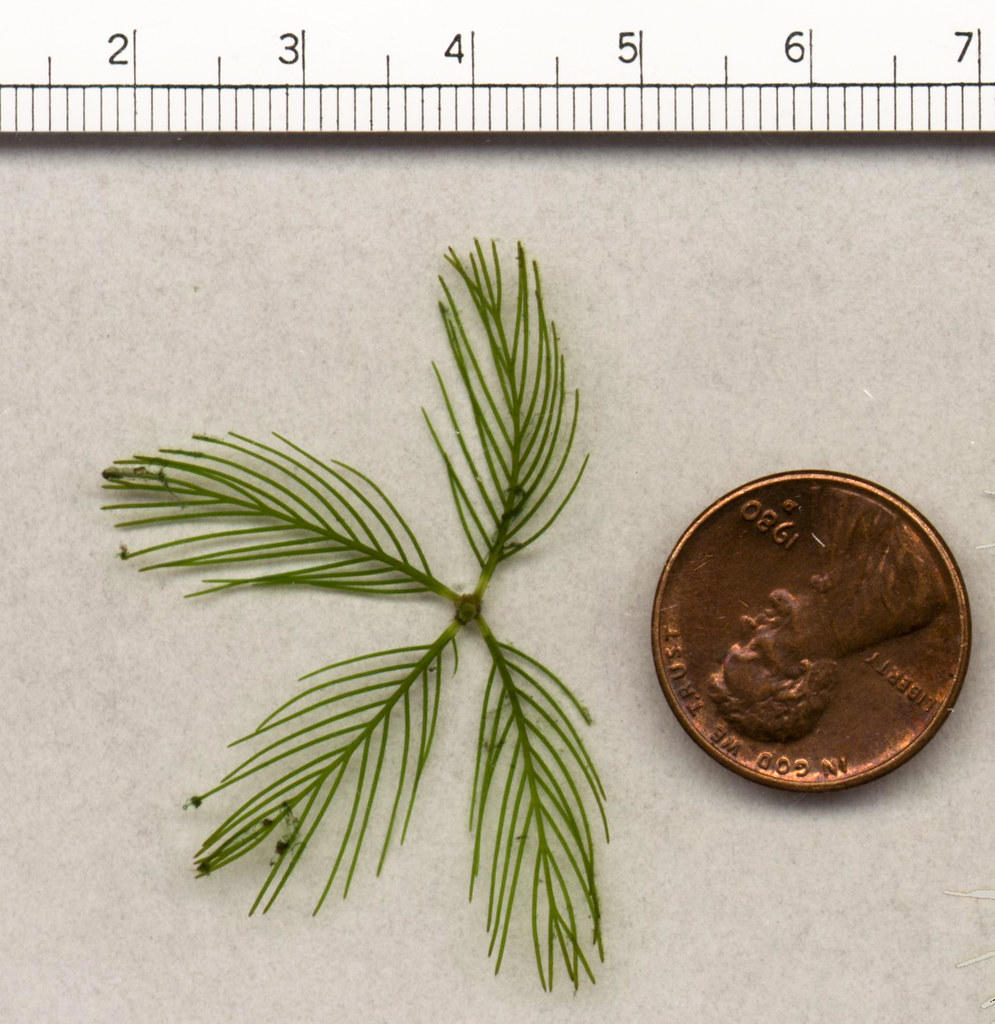 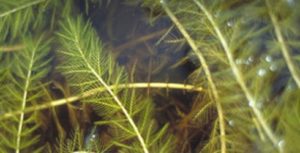 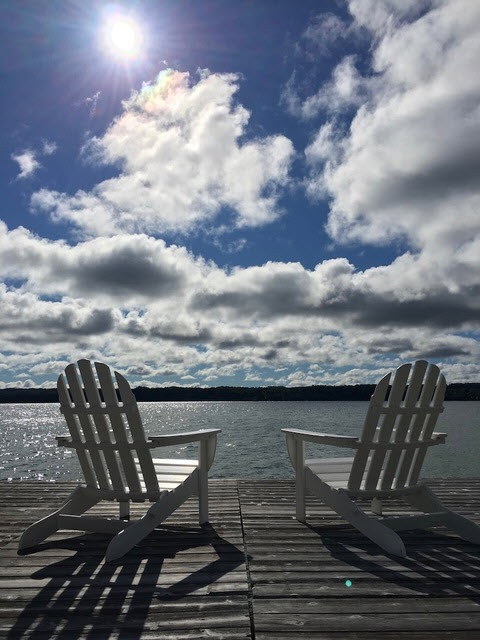 The Campaign for Lake Leelanau welcomes gifts from individuals, families, businesses, and nonprofit organizations, including foundations.

Similarly, gifts may be made from donor advised funds or via wire transfer. Please address any inquiries to info@friendsoflakeleelanau.org

Pledges or commitments made to Friends during the Campaign may be payable over a period of three years. Memorial and planned gifts are also encouraged.

Friends of Lake Leelanau is a charitable nonprofit organized in Michigan. The IRS has determined that the organization is exempt from federal income tax under Internal Revenue Code (IRC) Section 501(c)(3). Donors can deduct contributions they make to the Friends under IRC Section 170 to the extent allowable by law.
Donate

About Friends of Lake Leelanau 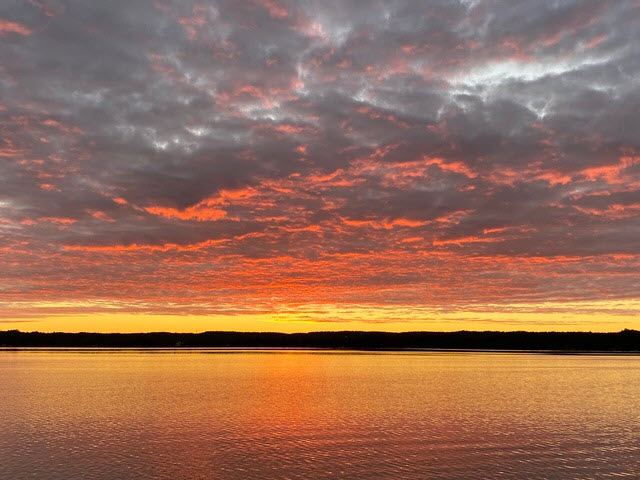 Friends is dedicated to protecting and enhancing the quality and beauty of Lake Leelanau and its surrounding watershed for current and future generations. Friends' highest priority is to develop a long-term mechanism to finance the prevention, monitoring and control of invasive species in Lake Leelanau. Gifts to Friends will be placed in an endowment fund. The income generated annually from this endowment will be distributed to fund programs to prevent, monitor and control aquatic invasive species in Lake Leelanau. Should other challenges threaten Lake Leelanau in the future, the income from the endowment may be used to address these as well.

Individuals who are deeply attached to Lake Leelanau are encouraged to email family photographs, personal reminiscences, and any inquiries about Friends to info@friendsoflakeleelanau.org 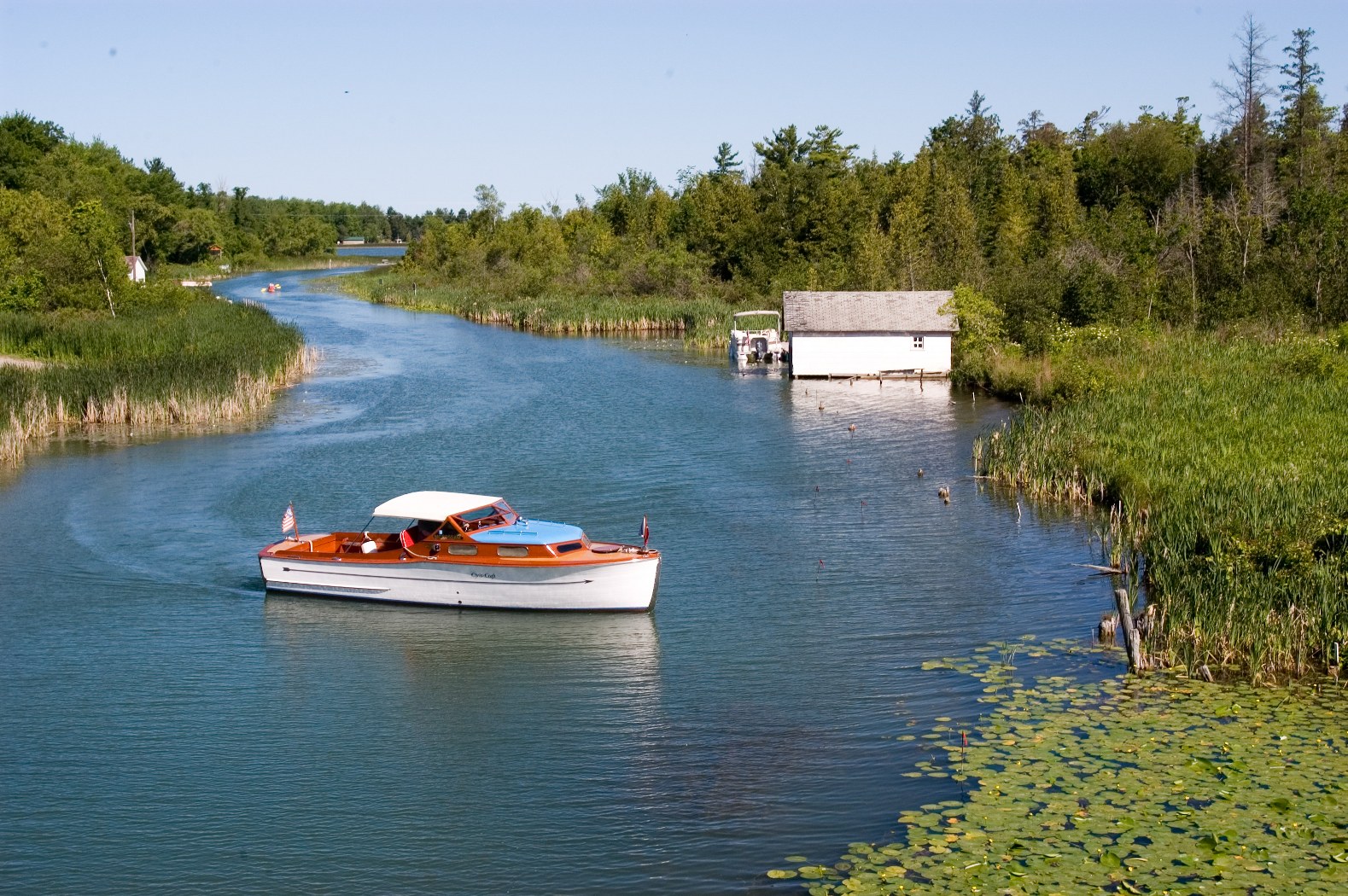 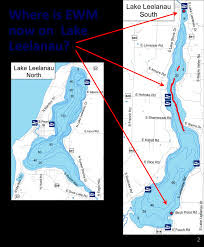